The Japanese yen has fallen by 23% against the dollar this year due to the widening monetary policy differential between the United States and Japan.

The strong words were the latest in a string of warnings about speculative currency moves after the yen fell to a three-decade low as authorities tried to dissuade traders from testing an intervention strategy. The rapid decline in the yen to 145.90 per dollar last month led to the country’s first intervention to support the currency in 24 years. Therefore, analysts said that Japanese officials will not necessarily have a line in the sand to work with again and will likely focus on the speed of the decline. But some also said that 150 key psychological levels for Japanese citizens and the breach is likely to increase pressure on the government domestically to act again.

“Markets may therefore raise the barrier towards 150, which many investors believe is the maximum drop in the yen that the Japanese authorities can tolerate at the moment,” Roberto Mialic, an expert at UniCredit FX, wrote in a note on Friday. “The market tension is therefore expected to continue,” he added.

The Japanese yen has fallen by 23% against the dollar this year due to the widening monetary policy differential between the United States and Japan. It erased last month’s intervention-driven gains despite the ministry spent 2.84 trillion yen ($19.5 billion).

There is no change in my technical view of the performance of the USD/JPY currency pair. The general trend is still bullish, and its gains have reached the technical indicators toward sharp overbought levels. I do not prefer buying the currency pair from those peaks as much as I prefer to think of selling operations, waiting to take profits, as The Japanese intervention in the market is possible and strongly at any time. The 150.00 psychological top will remain an important barrier for the bulls.

On the other hand, according to the performance on the daily chart, there will be no breach of the trend without moving towards the 142.00 support level, and this may happen in the event of Japanese intervention. 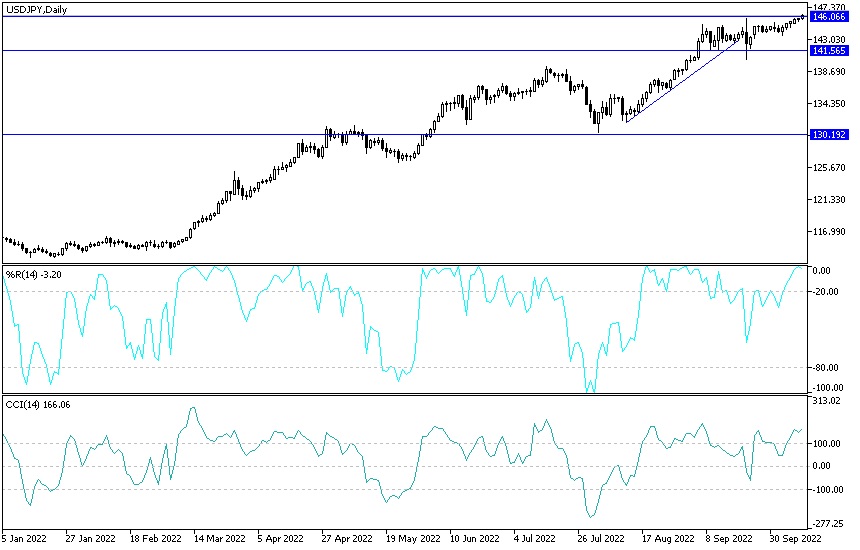 Ready to trade our Forex analysis today? We’ve made a list of the best brokers to trade Forex worth using.

3 Ways to Increase Your Income on Cryptocurrency Market

Whipsaws Ahead of US PCE Data

The Best States For Cryptocurrency Investors