The S&P 500 plunged significantly during the trading session on Monday, as we have seen a lot of negativity. The market continues to see a lot of noisy behavior, as we are heading into the Jackson Hole Symposium week. By selling off the way we have, it’s obvious that traders are suddenly starting to worry about central bankers and whether or not they are going to continue to argue for tightening monetary policy.

It is likely that we will continue to see reasons to do so, as inflation has been extraordinarily strong. With that in mind, the market is likely to continue being a bit skittish, and it is probably worth noting that we are sitting right on a “ledge” that had formed previously in the form of the 4135 if we break through this area, that could be the beginning of a rather significant selloff.

If we rally from here, the 200-Day EMA is an area that I think a lot of people would pay close attention to, because it is a rather bullish thing to overcome. At that point, the market is likely to look into the 4300 level. I don’t necessarily think that’s going to happen easily, and I would fully anticipate that the Jackson Hole Symposium is a long litany of central bankers going on about how they need to tighten monetary policy. In other words, we may have seen the top of the rally. However, we do not know what happens until it happens.

If the market were to break above the highs right around the 4300 level, that would be a very bullish sign, perhaps sending the S&P 500 to the 4500 level. I don’t necessarily know the reason for that happening. It is rather amazing how Wall Street can find one reason or another to get bullish, most of the time involving the idea that the Federal Reserve is going to continue to be dovish. I’m not sure what else the Federal Reserve can do to convince Wall Street that it is serious, but something tells me this week we will see everything but dovish behavior coming out of central bankers, with perhaps the exception of Japan. With this, I think rallies will get faded at the first signs of exhaustion as well. I have no interest in buying into it make it fresh, new high.

Ready to trade our S&P 500 daily forecast? Here are the best CFD brokers to choose from. 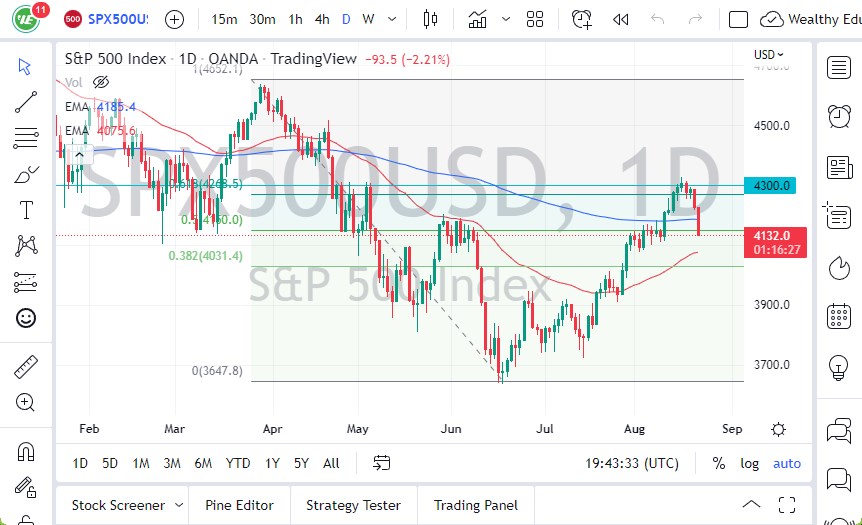 Here’s the Worst-Case Scenario for Bitcoin (BTC) in 10 Years, According to Macro Guru Raoul Pal