USD Hesitating Against the ZAR

Furthermore, it looks like the markets are paying close attention to the Jackson Hole Symposium, meaning that the US dollar might be a bit slow over the next 24 hours as traders are trying to figure out whether or not Jerome Powell is going to remain hawkish. Keep in mind that this pair will rise in a “risk off” type of environment, but at this point, it’s likely that we would need to see Jerome Powell sound extraordinarily hawkish. He very well could, and that could send this market to fresh, new highs, as the US dollar will be like a wrecking ball against most currencies, especially emerging-market ones.

Rand Could Be Hindered By Interest Rates

On a pullback from here, I think there is plenty of support underneath, and therefore it’s probably only a matter of time before we see this market turned back around. This  is a market that I think will see support at the 16.50 Rand level, not only due to the fact that there’s a certain amount of psychology attached to the “midcentury mark”, but also the 50 Day EMA. After that, then the 16 Rand level will offer support based upon the large, round, psychologically significant figure and the 200 Day EMA.

It’s very likely that higher interest rates will continue to punish emerging-market currencies and economies around the world, so I look at any pullback as a potential buying opportunity. The 200-Day EMA would have to be broken below, and of course; we would have to see general US dollar weakness in order to see an opportunity to start shorting against the Rand. Keep in mind that the South African Rand is also highly levered to the commodities markets, so pay close attention to them as well. This could lead to a bit of a “death spiral” against the South African Rand because higher interest rates going forward will slow down economic demand for those commodities.

Ready to trade our daily Forex forecast? Here’s a list of some of the best Forex brokers to check out. 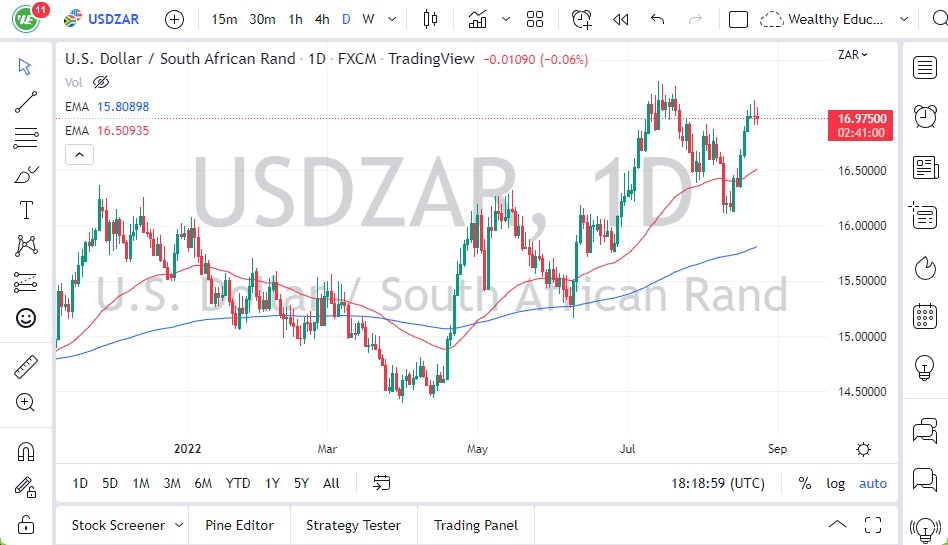 How blockchain technology is changing the way people invest

How blockchain technology is changing the way people invest