GBP/USD Forecast: Continues to Sell Off

We are getting extraordinarily stretched in the short term, so I think this is setting up for a bit of a bounce after the jobs number.

The GBP/USD continued to fall significantly during the trading session on Thursday as we are now starting to threaten the 1.15 level. The 1.15 level obviously has a certain amount of psychology attached to it, but at the end of the day, we are more likely than not going to see sellers return every time we rally rather quite nicely.

Any bounce now will more likely than not see resistance near the 1.17 level, possibly even the 1.19 level. After that, we have the 1.12 level which not only has previous support and now could have a bit of “market memory” come into the picture and offers quite a bit of resistance. Beyond that, we also have the 50-Day EMA approaching the 1.20 level, so I do think that is essentially going to be the “ceiling” in the market now. It’s very difficult to imagine a scenario where we rally from here and go higher, but even if we did, breaking above that level would take quite a bit of momentum.

I hope the market shoot straight up in the air for a short-term move, so that I can start selling again as the market will almost certainly rethink its situation. Having said that, keep in mind that Monday is Labor Day in the United States it’s very likely what we have is a situation where we get a lot of noise right after the jobs figure, and then markets will probably quiet down quite quickly. After all, most people will not want to hold on to huge positions heading into a 3-day weekend. This is a very negative pair. 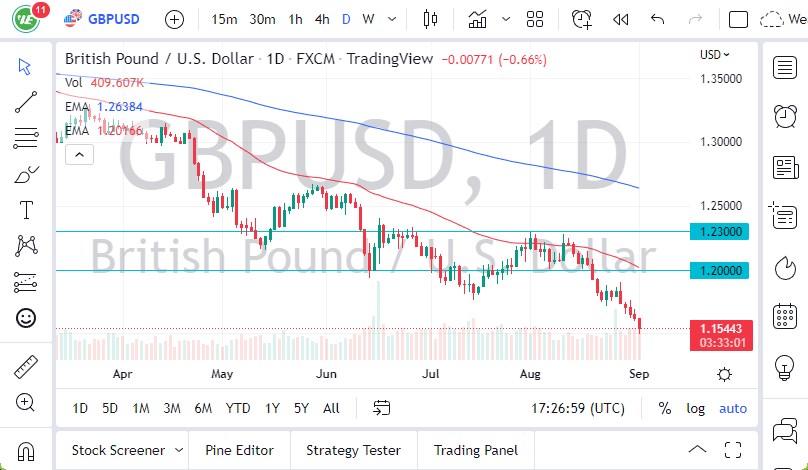 Ready to trade our Forex technical analysis? Here are the best Forex brokers to choose from.

How ‘Moonrise Kingdom’ Co-Writer Roman Coppola Got into Bitcoin

On the Cusp of a Bearish Breakout